Text / Call for Your FREE Lesson: 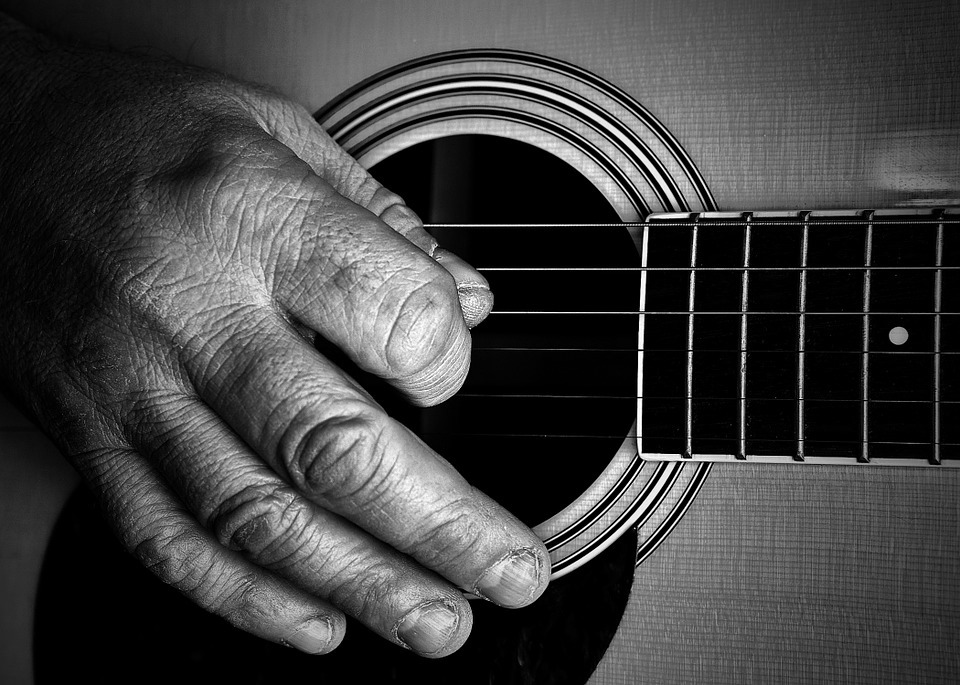 In this article, I would like to share with you 9 myths about the guitar that it is absolutely necessary to demolish in order to learn the guitar calmly.

Here’s how to start the guitar on the right foot by eliminating these 9 myths from your mind.

Myth 1: To learn the guitar, you have to start young

The best time to learn guitar is now.

There’s no better time. You may wish you hadn’t started out younger, but it’s not gonna change anything, and it might not have been any better.

It is often thought that children learn faster, but this is not necessarily true. Compared to an adult, they have 2 advantages:

i- They have time.

They do not devalue themselves when they do not manage to do something, they try again until they do (the ego does not enter into consideration in their learning)

As an adult, we don’t have a lot of time, and we have to face several constraints like a family, a job. Furthermore, we tend to lose confidence quickly, take things personally and tell each other, I’d never make it.

On the other hand, adults are more efficient, organized, and more motivated

To put all the chances on your side, either passionate or indulgent towards yourself and well organized. Then you just do.

Myth 2: The guitar is an easy instrument

We often think that the guitar is easy and it can be learned in 5 minutes.

The truth is, learning and mastering the guitar isn’t that easy. This requires very demanding Gymnastics in terms of fingers and coordination.

It’s affordable and everyone can do it with a little regular training. However, care should be taken not to rush the learning process. Anyway, if you do, your muscles will make you feel it when you hurt yourself.

To make chords, for example, you need all your fingers and sometimes it takes time to know how to make them well. That’s normal.

In addition, a left-handed guitar is a polyphonic instrument (which can produce several sounds at the same time) which is played on 2 dimensions in the left hand: frets and 6 strings. (It’s like having six piano keys one above the other on your sleeve.)

So it’s not that simple, especially when compared to the piano which has all the notes on one dimension (the alternation of keys on the keyboard).

It is, therefore, a real Gymnastics for our brain to learn the guitar and it takes time. (it is also excellent for keeping a healthy brain, working memory and brain activity).

Myth 3: My hands or fingers are too small or too big

As long as you have five fingers, you don’t have a problem.

At first, you might be tempted to say my fingers are too big, too short, or too thin. But that’s not why you can’t.

The reason is that you haven’t learned how to master the guitar well enough, and you haven’t trained enough yet.

Don’t let that excuse stop you from moving on. It’s true that it helps to have long fingers, but all the finger proportions work.

Even with the fingers of a seven-year-old, you can play the guitar without any problem and make a lot of bars.

You just have to take the time to learn.

Some guitarists have tiny fingers and play divinely, others have huge hands and can do it just as well.

We’ve never seen anyone limited because of the size of those fingers.

Myth 4: Learning theory is no use for playing guitar

It’s true that learning theory when you’re starting out is not essential.

You still have a few bases and at least know the name of the notes. When you’re a beginner, that’s all you need.

As often, what you need to know depends on what you want to do.

If you want to improvise, compose, play jazz or transcribe songs by ear, then learning the theory will save you a lot of time.

By learning how music works, you will be better able to understand it, appreciate it and create your own.

Some bad languages will say that excellent guitarists do not know anything about it (this is often true of Bluesmen). So yes, they may not know how to explain on a chart the structure of the major range and why it is and why it is.

However, on their guitar, they internalized the theory and know what to do. We must therefore not confuse pure, formal knowledge with know-how.

If you want to go beyond just reproducing songs, you’re gonna need to learn the theory.

This is completely false, there is no innate knowledge.

All the musicians once learned music somewhere. And we can distinguish two large families of musicians:

i- Highly educated musicians who went to the conservatory and went through all the stages of classical and rigorous teaching of music (even if they end up playing the guitar in a metal band).

ii- The musicians “from the street”, who did not go to the conservatory and who learned “by themselves”.

When we look closely at these musicians, they often come from a family of musicians or from a strong musical context. They may not have been taught in a formal setting, but we learned by looking at the musicians around them.

Myth 6: Learning to read notes is a waste of time.

For the guitar, it is true. It’s no use.

If you can’t read notes on a staff, don’t bother with that. On the guitar, you will always have a tablature at your disposal.

I would like to take this opportunity to clarify the situation with regard to the reading of notes. Note reading should not be confused with theory. It’s two different things. Usually, we learn both in a course, but we don’t need to know how to read the notes to know the theory and vice versa.

As everywhere for 1% of people, it will be useful, but if you start you don’t need it.

Myth 7: You can learn everything for free on the internet

For a beginner, this is totally untrue.

When you start, you need a step-by-step process that shows you what to do and how to move forward, at least for the first year.

Once the beginner’s stage is over, you can eventually get away with it, because you know what to look for and how to progress.

Myth 8: I can’t hear the notes

I have never met a single person who couldn’t distinguish between notes.

Not hearing the notes is like having an absolute ear. It’s very rare and you’re not statistically in that situation.

Don’t worry, it’s perfectly normal and it can be learned. You have to work on your ear specifically so that it becomes a habit, it takes a little time, but if you want to develop your ear, it is quite possible.

After this period, you will have developed a horn on your fingertips and there will be no difference between steel and nylon strings.

Starting with a classical guitar on the pretext that it hurts the fingers less, it’s a bad reason because 3 weeks after starting it won’t be true anymore.

(It takes an average of 3 weeks to develop the horn on your fingertips and no more pain).

In my opinion, these are the top 9 myths that prevent a person to learn guitar initially. If his mind gets rid of these myths then he will not only learn a guitar but he can also be a great guitarist. Just go and start practicing by demolishing these myths.

Acoustic or Electric Guitar Lessons Which Should you Learn First?

Acoustic or Electric Guitar Lessons Which Should you Learn First?

‘Mississauga Piano Studios’ is a center igniting the champion in its students since 1998. Our philosophy is to encourage every individual enrolled to be the best of all. Our instructions are highly experienced, talented, dedicated, and caring.